During our visit, we learned that within the settlements, there are widespread instances of killings of young males by the police, allegedly in the fight against crime and terrorism

At the request of PBI and the Alliance for Lawyers at Risk, I was invited to join a pro bono delegation to Nairobi in February 2020.  The delegation consisted of myself, 2 other UK-based lawyers, Monica Feria-Tinta (representing the Alliance for Lawyers at Risk), and Tom Short, as well as Susi Bascon, Director of the UK section of PBI.  As part of the visit we were invited to attend a conference in Mathare settlement which was co-hosted by PBI, Saferworld and two Social Justice Centres (SJCs), Mathare Social Justice Centre (MSJC) and Ghetto Foundation, to mark the end of the PBI-led and EU-funded project, ‘Ushirikiano mwema kwa Usalama’ (UMKU), or ‘Good relations for safety’.

The 2-year UMKU project was implemented by a consortium of international and local grassroots organisations consisting of PBI-Kenya, MSJC, Ghetto Foundation and Saferworld, with the aim of bringing together key stakeholders to reduce the incidence of, and increase accountability for, extrajudicial executions (EJEs) by the police in the urban settlements of Nairobi.  The project built the capacities of grassroots human rights defenders (HRDs) from different SJCs in documenting human rights violations and other issues, provided training for police and court officials, and organised joint meetings to enhance collaboration between all parties.

During our visit, we learned that within the settlements, there are widespread instances of killings of young males by the police, allegedly in the fight against crime and terrorism.  According to verified data from the Missing Voices collective, in 2019 police were responsible for the killing of 107 Kenyans, most of those killed being young men, predominantly in the urban settlements. Yet these killings are not properly investigated, prosecutions are extremely rare, and witness intimidation is rife, resulting in total denial of justice for victims and their families.  In recent years, only 6 prosecutions of police officers have resulted in convictions. 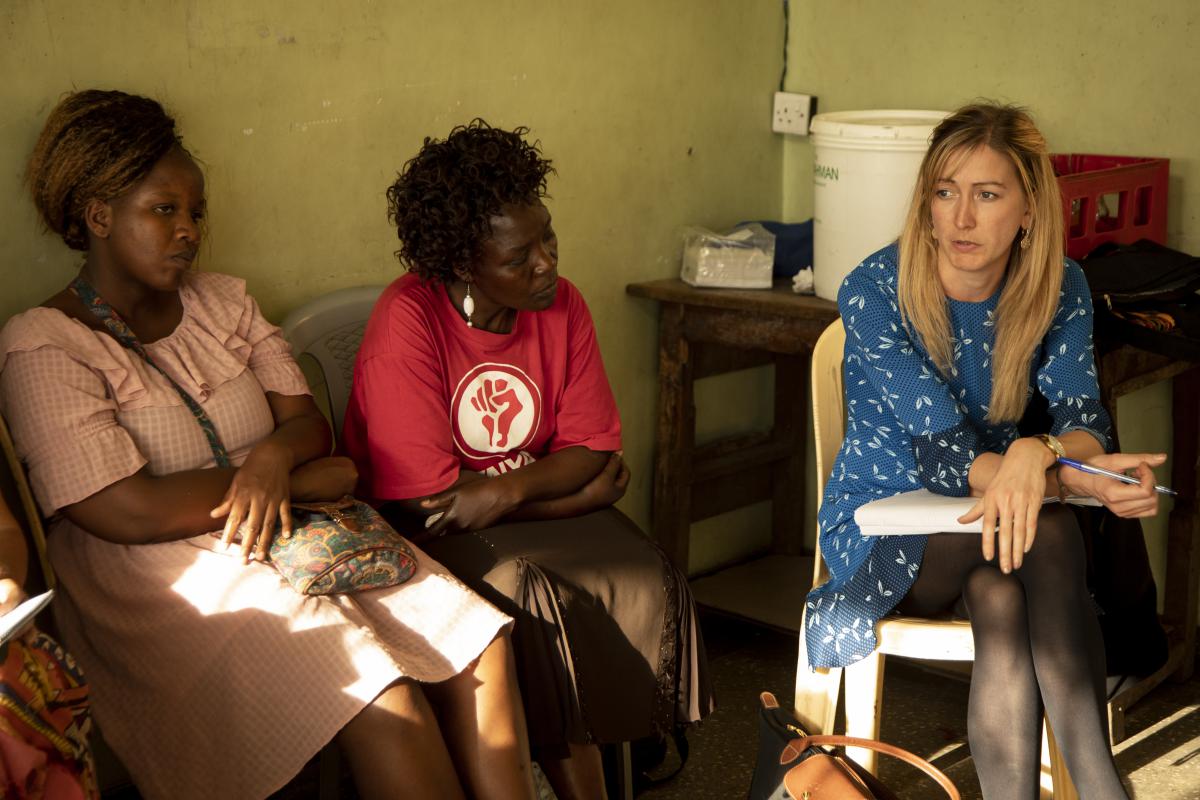 During our week in Nairobi, we met with a diverse range of stakeholders and interested groups who had been involved in the UMKU project.  This ranged from the mothers and family members of victims as well as grassroots activists and HRDs from Nairobi’s SJCs, to magistrates who participate in the Makadara law courts’ Court Users Committee, members of the NGO-led Police Reform Working Group, and lawyers and other professionals from domestic and international organisations.  We were able to gather a wide range of viewpoints on the key contributing factors to the situation of impunity for police violence.  Certain issues clearly emerged as recurring themes: firstly, the failure to operationalise key pieces of legislation which criminalise these acts, and / or mandate their investigation (in particular the Prevention of Torture Act 2017 and National Coroner’s Service Act 2017); secondly, tampering with crime scenes and forensic evidence; and thirdly,  witness intimidation.

The conference, ‘Every Voice Matters – collaborative approaches to safety in Nairobi’s urban settlements’, which was held in Mathare, was attended (in an unofficial capacity and at the invitation of PBI) by Dr. Agnes Callamard, UN Special Rapporteur on Extrajudicial, Summary or Arbitrary Executions.  The main aim of the conference was to share best practices and key learnings and to consider how best to continue supporting the SJCs in order to make the important work that had been initiated sustainable in the longer-term.  Speakers and attendees included victim’s families, grassroots activists, commissioners from the Independent Police Oversight Authority, magistrates, and members of the police force, thus bringing together the key stakeholders in discussing the main challenges surrounding accountability for EJEs, a unique achievement in such a highly confrontational and divisive context.  I was struck by how genuinely participatory and energising the conference was, which also included performances by local spoken word artist, Anthem, and dancing led by children from MSJC. This was a truly uplifting way to end a day in which Dr Callamard had spoken forcefully about the need to raise international awareness of this problem, and to ensure accountability for police violence at the highest levels in order to restore public trust in the rule of law.  She emphasised that in particular, this requires both the effective oversight of police actions and also domestic systems which are properly equipped to investigate and prosecute incidences of EJEs. 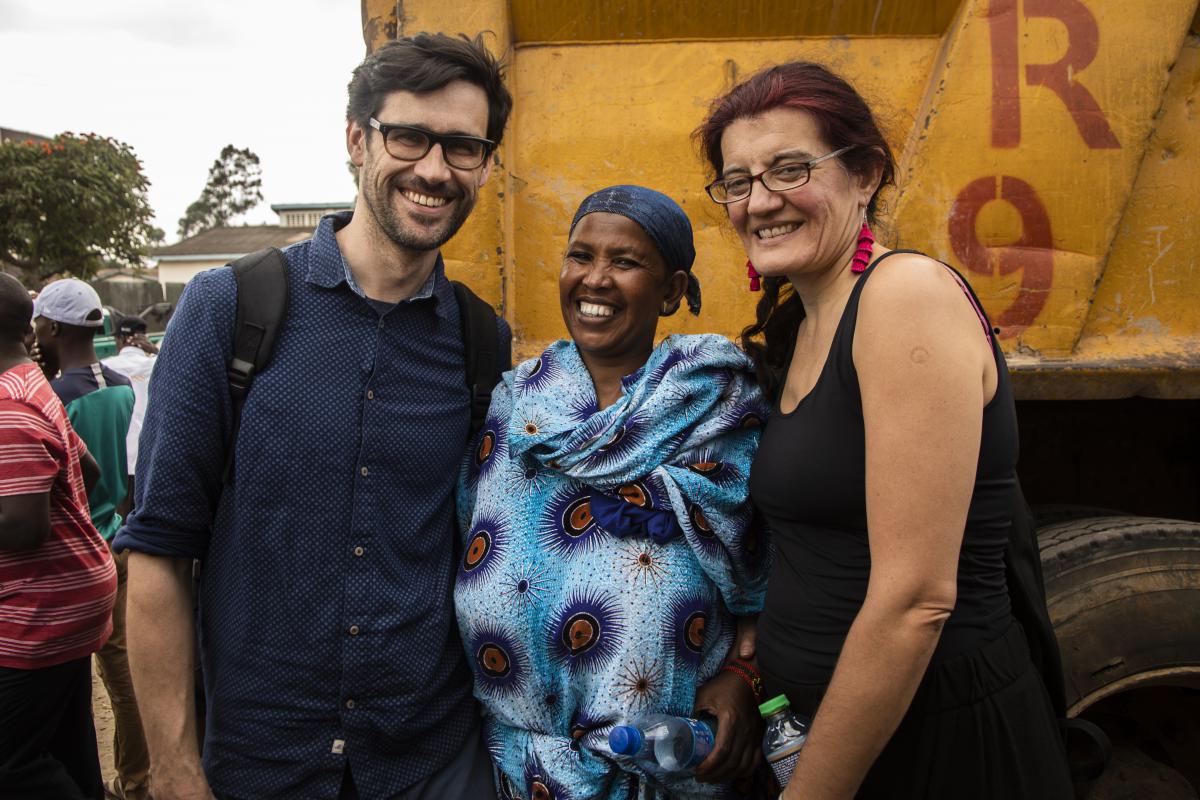 During our visit, we also met with inspiring activists and HRDs who are part of the network of Women Human Rights Toolkit Organisers, set up by PBI-Kenya, who are raising awareness of and advocating against gender and sexual based violence (GSBV) in the urban settlements.  We visited the Feminists for Peace, Rights and Justice Centre based in Kibera settlement, and attended a town hall meeting in Mathare in which the organisers led a mixed-gender community workshop aimed at identifying the root causes of the low conviction rate of perpetrators of rape and defilement within the settlements.  Through involving the community in these workshops, the toolkit organisers are galvanising community support for a wider-reaching public campaign against SGBV in the Nairobi settlements.

It was clear from our visit that incredible work is being done by activists, civil society groups, lawyers and other professionals to address the complex issues of EJEs and SGBV in Kenya’s urban settlements.  This includes beginning to document EJEs in a systematic way through the work of an emerging paralegal network, raising awareness within the communities of the importance of denouncing EJEs and other human rights violations, and seeking to bridge the impunity gap by reaching out to the police and court users committees to open a community dialogue with these stakeholders.

The challenge now, as an international lawyer based in the UK, is to identify and implement ways in which our profession can meaningfully support the work being done by such groups.  At the immediate and practical level, this could include online training and resources for paralegals within the SJCs on key international human rights law provisions and on best methods of evidence gathering and recording, in order to assist the SJCs to build cases which are more likely to result in successful prosecution.  Our profession could also engage in communications with the Kenyan Law Society expressing concern about the lack of access to justice for victims of these violations, and submit amicus briefings in the context of any domestic, regional or international proceedings which are launched surrounding this issue, particularly regarding the failure to operationalise the Prevention of Torture Act and National Coroner’s Service Act.  More strategically, it is vital to raise international awareness of the gross human rights violations perpetrated in the settlements, and the conditions their inhabitants live in on a daily basis.  The need to do so becomes only more urgent at the present time, when the risk to life is likely to greatly increase as a result of the spread of COVID-19 in the settlements. 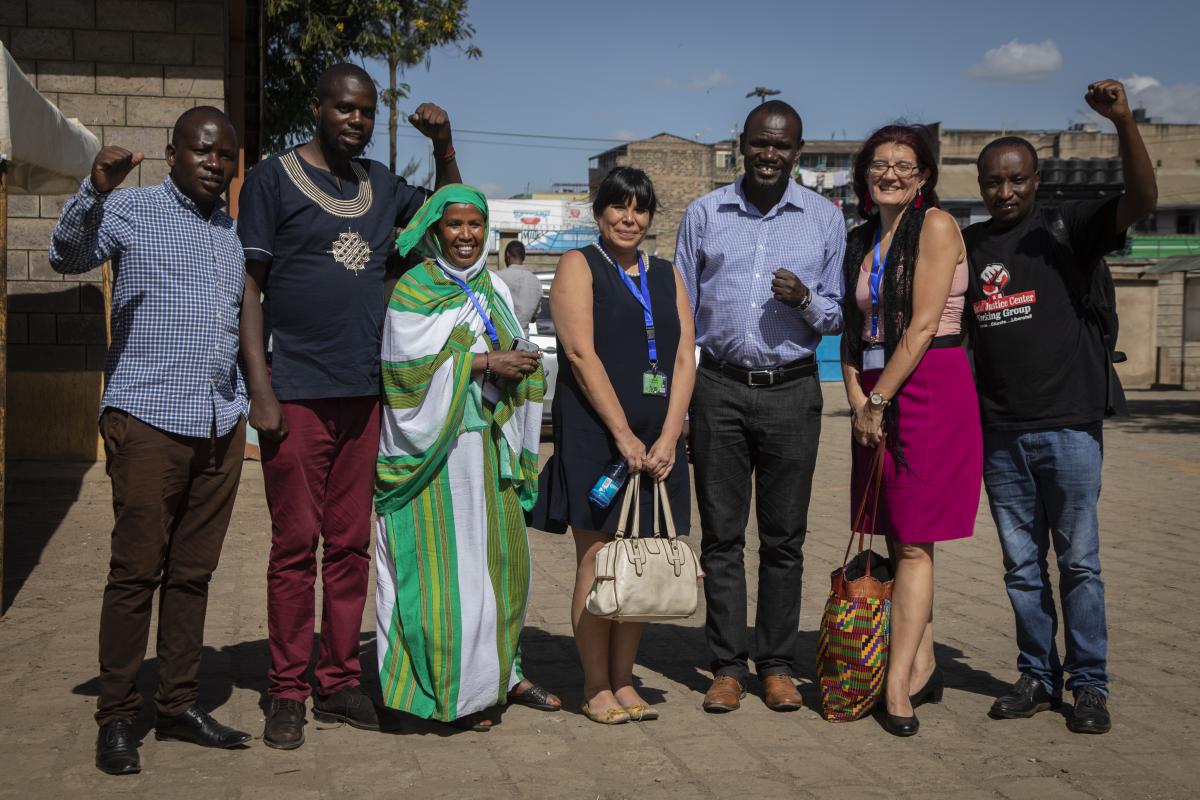