One year ago, PBI provided its first protective accompaniment to members of this conservation group from the Mount Kenya region to a court hearing. Then, in September, PBI provided a risk assessment session to them in order to identify the group’s strengths and weaknesses from a security standpoint and to help them increase their protection. 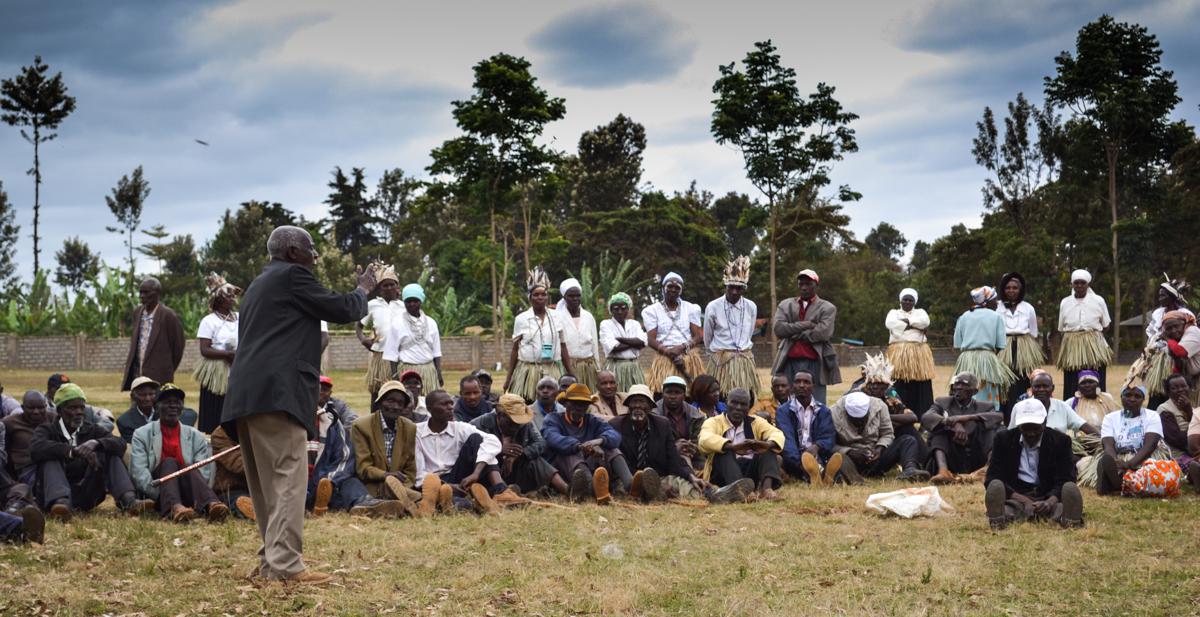 According to Land Rights Now movement, up to 2.5 billon people depend on indigenous and community lands, but currently have rights to just 1/5 of that land - Photo: Brandon McNally

For decades, this conservation group from the Mount Kenya region in Tharaka-Nithi County, which boasts a membership of more than 3,000 people, has been fighting to regain access to their ancestral land and bring a halt to illegal logging.

When unsuccessful in court, the community turned to peaceful demonstrations and sit-ins to draw attention to the illegal logging taking place in some areas of the forest and the discrepancies in policy between Tharaka-Nithi county and the neighbouring counties of Kirinyaga and Meru. On 8th January 2016, 19 members of Atiriri Bururi ma Chuka were arrested and charged for being in the forest without a license and illegally erecting a tent there.