Kenyan human rights defenders (HRDs) face numerous challenges and threats, particularly if they work in urban settlements and rural areas, or if they work on sensitive topics such as land rights, corruption and violations by the police. HRDs working on these issues can find themselves being followed, threatened and/or attacked. Criminalisation of human rights defenders is also a growing concern as they are frequently detained, arrested or face trials on the basis of trumped-up charges while carrying out their human rights work.

In addition to facing risks for their work, women human rights defenders (WHRDs) face additional risks of gender-based violence. Threats to WHRDs are not always seen as related to their human rights work and, at times, they are not taken as seriously as their male counterparts, which increases their vulnerability.

In 2016, PBI Kenya developed a Women Human Rights Defenders (WHRD)[1] Toolkit which offers resources as well as recommendations to help address the specific challenges of grassroots WHRDs. This programme focuses on working closely with a network of WHRDs from three of Nairobi’s urban settlements (Kibera, Mathare and Mukuru).

The last few months have been spent developing a programme for dissemination and development of the Toolkit which kicked off on 4th March 2017. Fifteen dedicated and passionate WHRDs have been selected as Toolkit Organisers (TOs), all of whom are already community activists and the TOs are established figures working for women’s and children’s rights within their communities.

“I became a human rights activist because I have been oppressed, and I know that there are many more women like me. What I want is to let as many people know about their rights and what it means to be oppressed. I believe that the WHRD Toolkit will empower us, but also the people we work with and those we seek justice for, by sharing knowledge on how to act immediately when things happen.” (Rahma Wako, TO from Mathare)

TOs will work with PBI for one year. They will receive training sessions on a number of topics that they have identified in order to strengthen their work as WHRDs, in order to share the knowledge and skills they gain with other women and WHRDs in their communities.

Additionally, the TOs will identify obstacles and gaps in their work which could be strengthened with various “tools” which will be added to the WHRD Toolkit website, to better enable and streamline the work of WHRDs in Nairobi’s urban settlements. 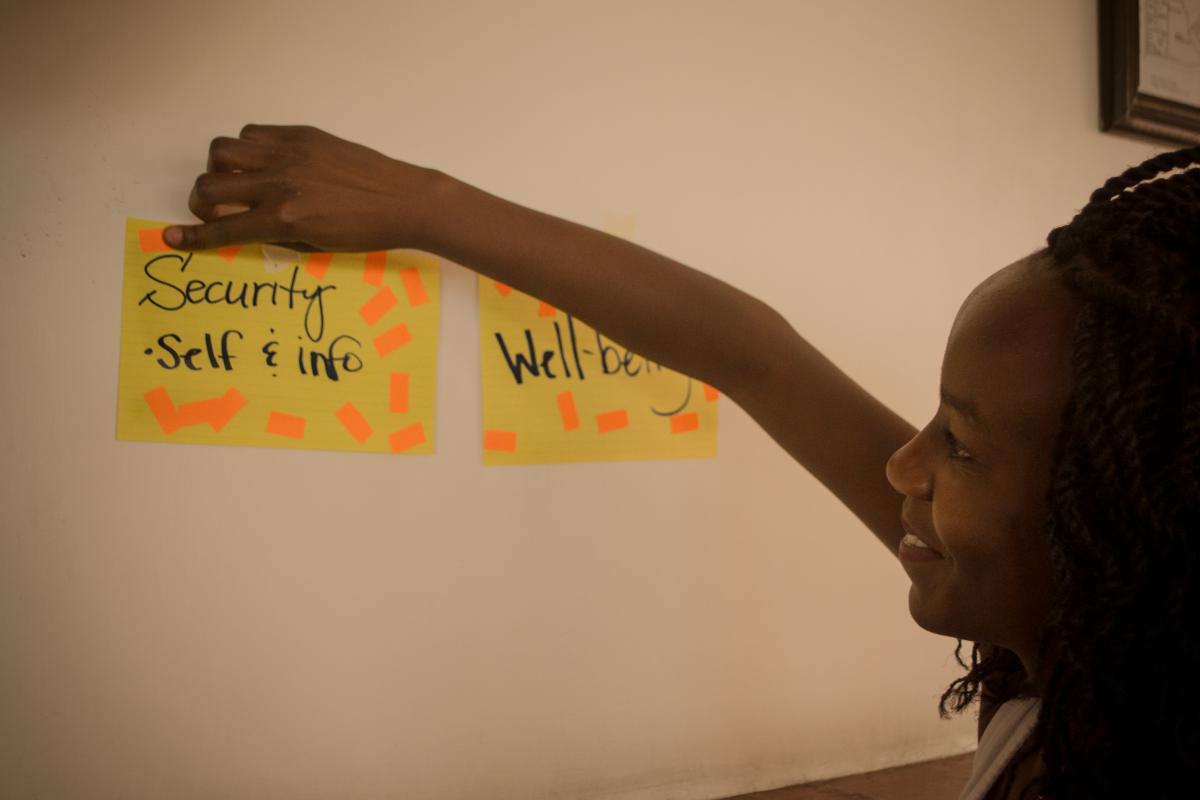 Among the identified topics that the TOs have identified as a priority are well-being, security, networking, monitoring, documenting and reporting. This photo features Maria, Tookit Organiser working in Mathare.

PBI will meet the full group of TOs on a monthly basis in order to provide TOs with a space to network, share their successes and struggles and build their capacities. During our first ‘Monthly Mandazi Meeting’ on 5th April 2017, which took place in Kibera, the TOs identified which part of their roles in their community could contribute to the identity of the TO position. 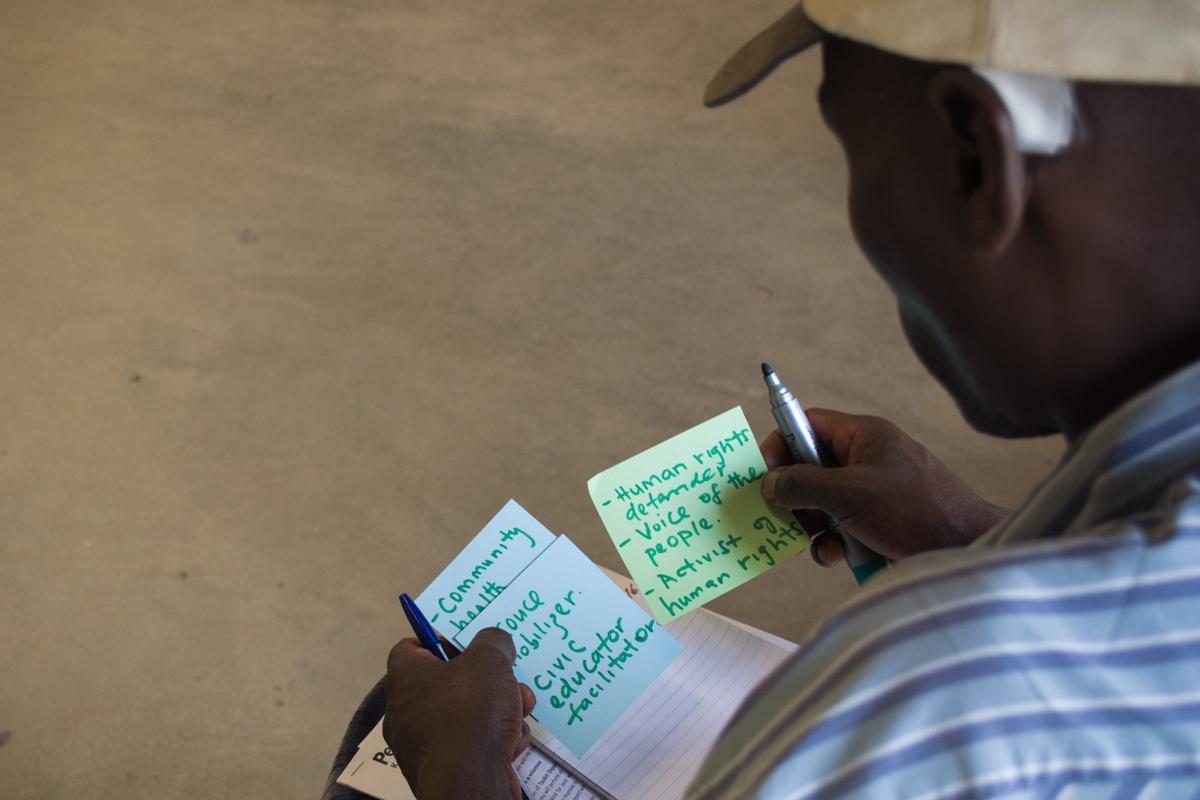 This photo features some of those roles which Christopher (TO from Kibera) brings to the programme.

On 16th May, the TOs will receive a first capacity building session on “Human Rights Reporting, Documenting and Advocacy skills” provided by the Office of the High Commission of Human Rights (OHCHR).

[1] WHRD refers to HRDs who work on women's rights.