The most important thing for us is to keep on speaking out, being the voices of the silenced and never allow silence to be our master.

“Never allow silence to be our master”

Kenya hosts a large refugee population, including many human rights defenders who have been forced into exile for defending human rights in their home country. Faisal Elbagir is one of these exiles that PBI Kenya has had the privilege to meet.

Faisal is a Sudanese journalist who has dedicated the past forty years of his life to the promotion and protection of human rights and defending freedom of expression and the press. However, fervently trying to empower the young generation of journalists to carry out professional and ethical work, combating hate speech and advocating for justice and accountability haven’t been without obstacles. In 2009, after President Omar Al Bashir had been indicted for crimes against humanity by the International Criminal Court, political opponents and hundreds of human rights defenders were labeled ‘enemies of the nation’ and Faisal, like many others, was forced to flee the country.

Despite the numerous challenges and intense pressures he has been facing as a human rights defender (harassment, arbitrary detention, isolation, to name but a few), Faisal has chosen to remain in the region and shows inspiring resilience and optimism as he actively continues his relentless struggle for human rights in Sudan whilst exiled in Kenya. As the founder of Journalists for Human Rights – JHR – Sudan, he is currently working on strengthening the organizational and advocacy capacities of journalists who report news on human rights issues in their communities. Additionally, he is the editor of Sudans Reporters website that provides news from and on the Sudans with a special focus on human rights. Faisal expresses his hope that one day he will be able to return to his home land to continue what he refers to as his “duty” to his country. In his own words: 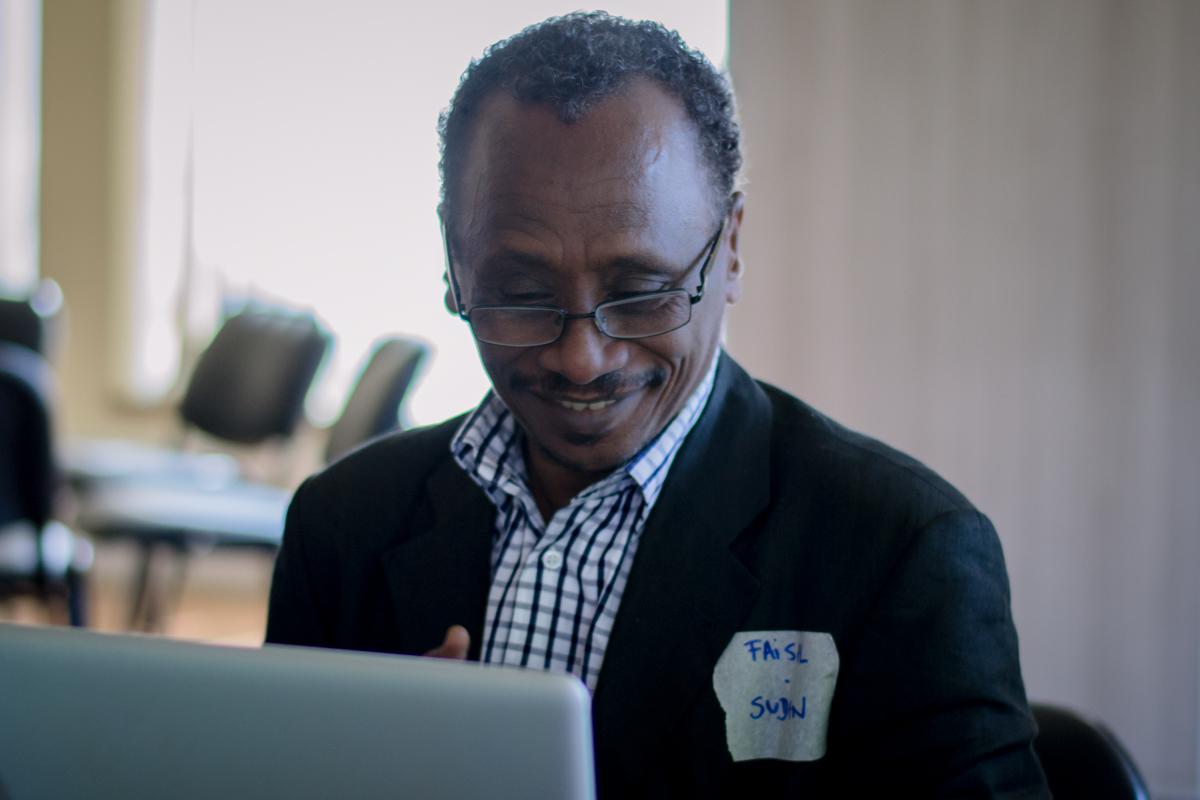 "The most important thing for us is to keep on speaking out, being the voices of the silenced and never allow silence to be our master"

Faisal is a fellow of the Reuters Institute for the Studies of Journalism at the University of Oxford, a high profile trainer in Media, translator and interpret